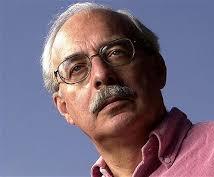 The Battlefields Trust is pleased to announce that the 2018 Memorial Lecture will be delivered by Professor Peter Gaunt, well known specialist in the mid –17th century, and author or editor of 15 books concerned with aspects of the civil war in Wales, England, and Britain as a whole.

The lecture will be hosted by the National Army Museum in Chelsea, London on Saturday 13th October at 2.30pm and will last for one hour with half an hour for questions and discussion.

The Lecture will be on: –

This will focus on the role of Chester during the main Civil War. After an initial period of uncertainty and disengagement, the county town became a major Royalist stronghold and garrison and it remained so, despite repeated parliamentarian attempts and lengthy siege operations to capture the city.

The lecture will explore several key aspects of the war:
1) Early neutralism and its collapse
2) The strength and persistence of royalism
3) The failure of parliamentary assault and siege operations
4) The quality and contribution of local commanders

And, more broadly, the part played by a garrisoned stronghold in a county town and regional capital, seen both within a county which was divided for most of the war and in a city sitting on the border between England and Wales and the different styles of conflict seen in the two countries.

Above all, it looks at the role which Chester might have played, was expected to play and actually played, viewed, from a royalist and a parliamentarian perspective, and it contrasts the (often startlingly different) priorities accorded to Chester by local commanders, by the regional war efforts and by the high commands in London and Oxford.

Tickets for the lecture are free but must be booked through the National Army Museum Website or by telephone in advance. Refreshments are available in the NAM café and the Museum shop will be open on the day’

Please do mark your respect for the outstanding contribution made to military history and battlefield studies by Richard Holmes by attending this thought provoking lecture.