IGBG Guides’ concerns raised in the House of Lords

We are grateful to our Patron, Lord Faulkner of Worcester, for raising a key issue
on behalf of the battlefield guiding community in the House of Lords, recently. 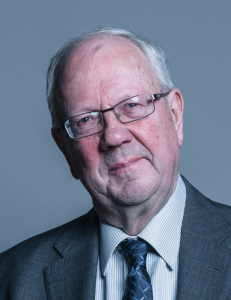 On 4 August, HM Government announced that UK musicians and performances would not need visas or work permits for short-term tours in 19 European Union countries. However, at the time, no announcements were made concerning the arrangements for service providers whose livelihood depends on touring in European Union countries – people like mountain guiding professionals, and UK-based battlefield guides.

In a debate about European Union Touring Visas that took place in the Lords’ Chamber, on September 14th, 2021, Lord Aberdare addressed those present:

“My Lords, many UK providers of specialist services across European borders—in sport, travel, events, cultural and creative industries and numerous other sectors—are deeply concerned at the risk of losing their businesses because of the omission of such services from the trade and co-operation agreement, and feel a growing sense of abandonment by Her Majesty’s Government. Many, such as mountain guides, hold advanced UK qualifications.

“What are the Government doing to accelerate the process for achieving the mutual recognition of such qualifications? What practical, immediate support will they offer to those service providers who can no longer operate under the terms of the TCA or within the multiplicity of different requirements for working in individual member states—including those under which the Government claim that visa-free and permit-free touring are possible?”

Lord Faulkner declared his interest as a patron of IGBG and then highlighted the key issue affecting battlefield guides:

“The Guild’s UK members fall exactly within the description in the second part of the Question asked by the noble Lord, Lord Aberdare. Will the Minister support the restoration of a level playing field so that Guild members may continue to provide guiding services in EU and EEA countries on the same basis as that on which guides from those countries are able to operate in the United Kingdom? Will he also support the Guild in achieving recognition by EU/EEA nations of UK tour guide qualifications in the way described by the noble Lord, Lord Aberdare?”

“We will certainly support the Guild and its professional qualification associations in achieving mutual recognition. If battlefield guides come under the responsibility of tour guides, which we think they do, that is a regulated profession in 14 EU member states.”

It should be reassuring to see that ongoing concerns about operating in Europe are being raised at the highest possible level through the work of IGBG, on behalf of the battlefield guide community and the wider tour operator industry.