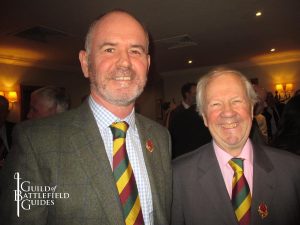 The Guild’s Christmas lunch 2019 was held on Friday 6th December at the Union Jack Club at Waterloo. Our special guests were our Patron, Lord Richard Faulkner of Worcester and our Vice-President Air Vice Marshal Steve Abbott CBE.

Thanks to Member Andy Thompson for organising the event once again. Several new Members and guests of the Guild attended making this a real Guild family affair to get us into a Christmas mood. 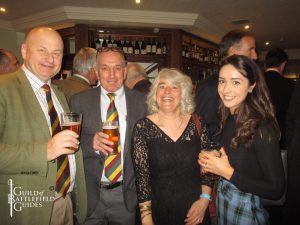 The Guild was well represented at the 5th. Annual Legacy 110 Awards hosted by the UCL First World War Centenary Battlefield Tours Programme at the Tower of London on Thursday 28 November. Seven schools were invited to showcase their projects and received National Awards. It was also announced that the total reach of Legacy110 projects to date is 15,374,698. Full details can be found on UCL’s First World War Centenary Battlefield Tours website here. Thanks to Bob Darby for the photo. 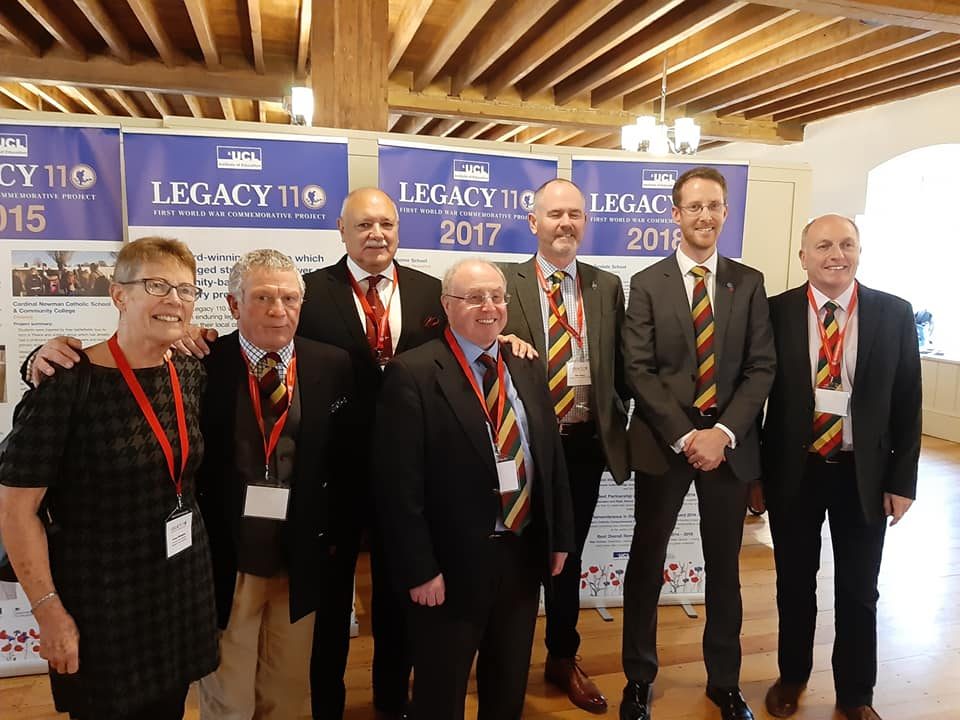 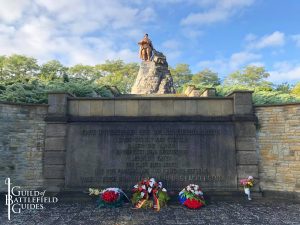 A group of Members went on a Guild Recce to Berlin between 7th and 11th October. The recce was organised by Chris Finn and focussed primarily on the Battle of Berlin of 1945 when German forces were facing ferocious attacks from Soviet forces.

Visits included many of the World War Two and Cold War sites around the city, as well as a number of places outside. Visiting the major Soviet and German memorials and looking at the battlefields on the outskirts, the group considered the difficulties faced by both attackers and defenders. They also had a chance to consider the extent of German resistance to the Nazi regime when visiting Benderblock.

Following an excellent visit to the Luftwaffe Museum at Gatow on the penultimate day of the recce,  a sobering visit to Sachsenhausen concentration camp was reserved until the last day before departures back to home.

Recce – Redcoats in the Pyrenees 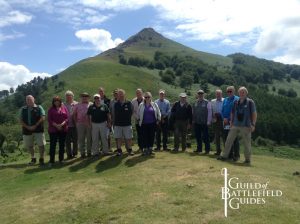 Guild recce in the Pyrenees 2019

The second of the Guild recces on the Peninsular War found found Members in the Pyrenees between 26th and 30 July. Let by Graeme Cooper, we knew from the previous recce that we were going to be in for a treat.

The purpose of the 5-day recce was to visit the 1813-14 Peninsular War battlefields of the Pyrenees and follows the footsteps and actions of an army that had been built and nurtured by a great leader over the five preceding years. The battlefield of Vitoria where Wellington achieved one of his greatest victories. After a strenuous (for some!) stroll , we took in the land bridge at Sorauren to look at Foy’s demise. Then it was the Pass at Roncesvalles and the Pass at Maya where George Bell witnessed the carnage of being on the back foot.

At Vera, we visited the scene of Cadoux’s action at the Bridge where 10,000 French were stranded on the Allied side of the river searching for a crossing point. They found a narrow stone bridge which was defended by 80 of the 95th Regiment. The ‘Grasshoppers’ held the bridge for 2 hours until being overwhelmed. Captain Cadoux was killed. Perhaps the highlight of that day was the search led by Graeme, which seemed like a wild goose chase at the time, which culminated, with the help of a large slice of sheer luck, in finding the lost grave of Captain Cadoux in a small local cemetery. Many years of ivy which had grown over the memorial were cleared by a gardening detail while puzzled locals looked on.

We then went on to recce the Nive, St Pierre, Vera, San Marcial, and the Nivelle battlefields.

We had a beautiful final day before departures in San Sebastian looking at the siege and assault and the Crossings of the Bidassoa. 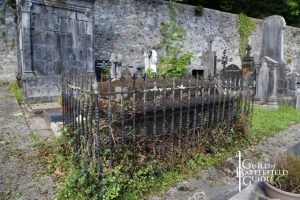