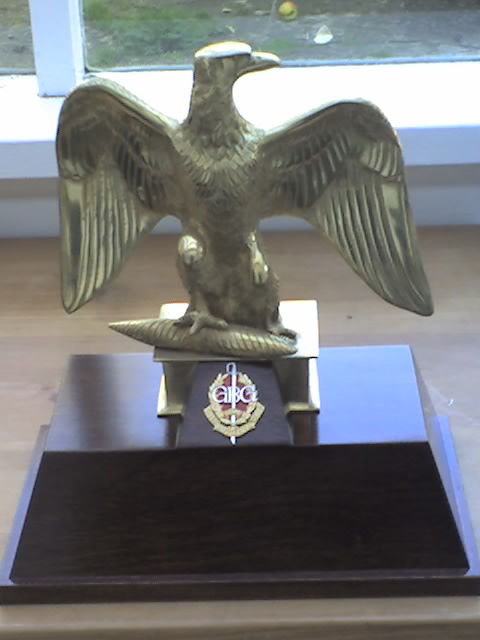 The David Chandler Award commemorates the significant academic contribution of one of Britain’s leading military historians to our understanding of military history. The Award takes the form of a Napoleonic French Eagle. It was donated by Mike Buckmaster-Brown in 2006.

The award honours the memory of the late David Chandler the historian – in particular his research into military history and his academic contribution to a wider understanding of Napoleonic warfare.

The David Chandler Award is an annual award, presented to a validation candidate in recognition of the best presentation of a successful Assignment six (Research) during the preceding year.

This award is restricted to Guild of Battlefield Guild Members – all categories of membership who have successfully completed Assignment Six are eligible to be nominated for this award.

The winner of the award will be selected by the Guild Validation Team who will pass the name to the Guild Secretary prior to the Annual Conference and AGM Dinner night. The method of selection is the responsibility of the Chairman of the Validation Team.

Whenever practicable the award is presented by the Chairman or a nominated guest at the Guild’s Annual Conference.